Have An Emergency? Call 911

These contact telephone numbers and links to other internet web pages give you information on certain public services provided by the DeKalb County Sheriff’s Office or other government, non-profit, or law enforcement agencies.

To be notified of the release of an inmate, CLICK HERE and register at the Victim Notification website.

Pursuant to O.C.G.A. § 10-1-360, secondary metals recyclers who purchase regulated metal property in any quantity must register with the appropriate sheriff’s office(s) beginning July 1, 2012.

Annually, the Office of Sheriff is required to register secondary metals recyclers doing business in the county, keep a record of each registration, and cause the registration information to be entered into a statewide data base searchable by all law enforcement agencies. THE REGISTRATION FORM, authorized by the Secretary of State, must be used for the registration process.

How the Appropriate County of Registration is Determined

An individual must register in the county where he/she resides.

A recycler who is not a resident of Georgia must register in the county where he/she primarily engages or intends to operate as a secondary metals recycler.

In Georgia, county sheriffs are charged with enforcing the Georgia Raffle Law, which was enacted in 1995. Fund-raising lotteries or raffles are considered games of chance, and are therefore regulated by the state.

In addition, to obtain a raffle license, the organization:

If the organization conducts no more than three raffles during a calendar year, the Sheriff’s Office can issue a special limited license and waive the fee.

The license will expire on December 31st in the year of issuance, so it must be renewed to conduct annual raffles. Renewal applications must be submitted prior to January 1st of each year. By April 15th of each year, the licensed organization must file with the Sheriff’s Office a professional accountant’s independently prepared report of receipts and disbursements from raffles conducted in the previous year.

Operating a raffle without the license or failing to meet the requirements is a violation of Georgia Law and subject to prosecution.

The DeKalb County Sheriff’s Office has a Zero Tolerance Policy regarding sexual abuse and sexual harassment, while promoting a proactive approach to preventing, detecting, and responding to such conduct.

The Prison Rape Elimination Act (PREA) is a federal law that prohibits and seeks to eliminate sexual assaults and sexual misconduct in correctional institutions and community corrections settings. The DeKalb County Jail is committed to providing a safe and healthy environment for staff and offenders by maintaining a Zero Tolerance for the sexual assault or abuse of any person or sexual relationships between staff and offenders.

Reporting an incident or claim

The DeKalb County Sheriff’s Office provides several options for third party reporting of incidents or claims. To report an incident on behalf of an inmate or detainee, you can: 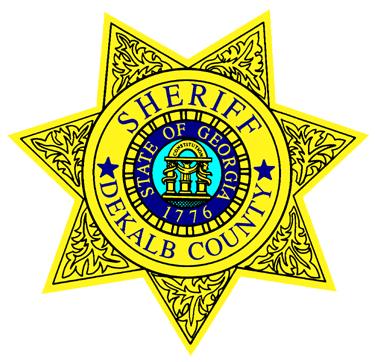 DKSO responds to, investigates, and supports the prosecution of sexual abuse within our correctional facility by enforcing mandatory reporting procedures. DKSO maintains an external partnership with local law enforcement and victim services with in DeKalb County to formally prosecute cases. Through continual education of staff and inmates, DKSO will increase awareness of safe reporting and provide services to victims, thereby creating a facility cultural that discourages sexual abuse. All outcries of sexual assault are initiate a report of the criminal case, even if the incident occurred prior to arrest or while the inmate in the DeKalb Jail custody.

The DeKalb County Sheriff’s Office gathers and reviews yearly statistical data on reported sexual assaults to evaluate the services provided to victims in our facility of all sustained or not sustained cases. The internal review ensures that our officers are following the agency policies and standard operating procedures when dealing directly with an outcry of abuse. Statistical data showed that in 2016 eight (8) sexual abuse outcries were made and a total of nineteen (19) reported in 2017. The fifty percent increase in reports of incidents emphasizes that the DKSO training of staff and inmates has increased the open communication needed to feel safe to report incidents. DKSO saw a large increase of reports of assaults prior to arrest while in our intake process, which indicated that our medical staff are completing the proper screening process to identify inmates with medical concerns or fear of victimization. Our medical vendor has provides specific training for their staff to stress the importance of encouraging inmates to cooperate with the medical and mental health screening to better serve the inmates while in custody.

The internal review showed that all officers reacted positively to the inmate outcries and followed written procedures. All inmates received the needed medical addition and a criminal investigation was initiated. DKSO has established follow up procedures for inmates that remain in our custody on all cases sustained or not sustained. PREA statistics show that in 2017, one (1) of the four (4) sustained or not sustained outcries within the jail facility were prosecuted, and only two (2) of five (5) cases in 2016. The low percentage of prosecution became an area of concern for the Office of Professional Standards, so an extensive review of outcome was conducted. Our review revealed the primary reasons for the lack of prosecution was the lack of evidence and cooperation in the prosecution. The Jail Staff is trained to immediately secure any crime scene and the inmate is immediately taken to medical for further assistance. The inmate is then transported to Grady Memorial Hospital for treatment and evidence collection from a certified SANE Nurse. While the procedures are proper, many inmate victims are reporting the information until days after the assault reducing evidence which leads to the issue of prosecution.

All rape victims experience personal difficulties in dealing and reporting incident of abuse, and our review finds that these inmates are no different. Our goal is to provide multiple means of reporting abuse by allowing the inmate to report the incident to a confidential hotline or directly to our medical staff by the typing a medical grievance in the inmate kiosk in each housing pod. These methods allow the inmate to report incidents without directly having to report to a sworn officer and in a private manner which other inmates may not overhear. All inmates receive orientation training reference to the facility procedures, rules, regulations, and methods to reporting grievances and issues. The Sheriff’s Office has created a PREA presentation that will be provide to all inmates within the first 48 hours from arrest and prior to the classification of housing . The orientation involves verbal communication with an officer who is specifically trained to handle any concerns presented by the inmate.

DKSO has established several training opportunities in 2018 for our officers and supervisory staff to learn more about PREA, and how to better provide a safe environment for inmates. The Sheriff’s Office is in the process of reviewing and updating all polices and post orders to promote the mandatory report of any abuse. DKSO has appointed a PREA Coordinator and Manager to oversee the goal of obtaining PREA compliance by the end of 2018.